Take a chance! All life is a chance. The man who goes farthest is generally the one who is willing to do and dare. – Dale Carnegie 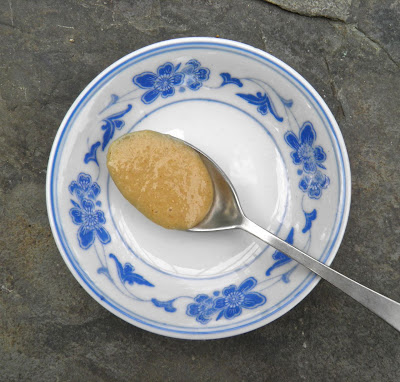 “A generous pinch of salt.” That’s one of the measurements in this recipe.

It’s what I used and is a semi-common measurement – especially in handed down recipes – but what exactly is it?

Well, in theory it’s what you can hold together between your thumb and forefinger. How big is your hand? Not the same size as mine. So it’s not exactly an accurate measurement, but small enough to not be a deal breaker in a recipe.

There’s two other infinitesimal measurements you may sometimes come across: smidgen and dash. Smidgen is half a pinch, and dash is two pinches. So now you know.

These measurements are so small as to not do much more than add a bit of flavour or spiciness to a recipe. They won’t cause your cake to bake like a brick.

If you look at old recipes you will also find directions for “handfuls” of flour and sugar.

I do have to say that cooking and baking are two different beasts. Baking relies on chemical reactions that occur between specific quantities of ingredients. Cooking is a lot more forgiving and allows you a lot more leeway.

But where did those old terms originate and why were they used?

It can probably be safely said that they originated all over the world simultaneously. When is lost in the mists of time.

Measurements like “pinch” were used when our home kitchens were’t outfitted like high-end restaurants. Until recently most people didn’t have standardized sets of measuring spoons or cup measures.

It actually was only rather recently that cookbooks defined accurate measurements. Before then we were all supposed to know the basics of cooking. So you ended up with directions like “add butter the size of a walnut” and “sufficient salt.”

Even early recipes that called for a teaspoon usually meant “the spoon we use for tea in the cutlery drawer” as opposed to the 4.928 ml of a US teaspoon (UK teaspoon is 3.551 ml...).

It wasn’t until around late 1800s that accurate measurements in recipes became popular. One example was Fannie Farmer’s Boston Cooking-School Cook Book, published in 1896. 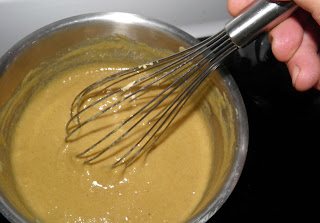 This codification had the advantage of being able to predictably reproduce recipes over and over. It also had a disadvantage. Common sense in cooking was replaced by fear. Now people are afraid to deviate even the slightest from a recipe for fear of ruining what they’re making.

But think about it. What’s the worst that can happen?

It’s too bad that most of us fear the kitchen. I fiddle with recipes all the time. That’s essentially the essence of this blog.

Cooking should be an adventure. For example, this recipe started out as honey mustard. Honey and maple syrup are close, right? Why not make a substitution?

As long as whatever you are making is cooked it probably won’t kill you. It just might not taste good. Just don’t add a pinch of arsenic.

Interestingly, unless you have “Swiss engineered” measuring spoons, you’re probably already dealing with inaccuracy in the kitchen. You can’t tell me that a set of dollar store measuring spoons deliver what they promise.

If you cook at home you may as well enjoy doing it. Eating is a very large, time consuming part of our lives. It’s a real shame that so many of us look on it as a chore instead of the delight it can be.

If you don’t take chances in the kitchen how are you ever going to make the great discovery of a new taste sensation and become world famous?

In the morning (or 8 hours later) pour the mustard back into a saucepan.

Taste the mustard for spiciness. Mix the maple syrup, yolks, onion powder, cayenne and salt together. Use either amount of cayenne, depending on how hot your mustard mixture is.

Mix the maple and mustard together and slowly bring to a boil over medium high heat, whisking constantly.

Once the mixture comes to a boil continue to cook, whisking, for 2 more minutes. If the mustard is too thick, add the remaining vinegar. It will set up more as it cools.

Remove from the heat and pour into jars. Keep refrigerated. The mustard will last for 3 months.

Questions? Comments? Derogatory remarks? Just ask! I’ll answer quickly and as best as I can. If you like this post feel free to share it. If you repost, please give me credit and a link back to this site.
Posted by Docaitta at 8:28 AM