Nature alone is antique, and the oldest art a mushroom. – Thomas Carlyle 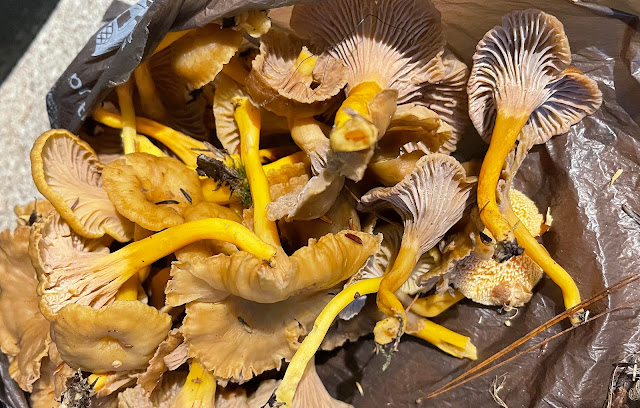 NOTE: Never eat anything you forage unless you are 100% sure that it is not poisonous, and is not growing in a polluted spot. I am in no way professing myself to be a mushroom expert. So always consult an authoritative source. Joining a local mycology Facebook group would be useful as well.

It’s a little late to forage this mushroom now. We’re in the middle of a good old-fashioned Nova Scotia snow storm today. But up until just a few days ago, if you found yourself in the woods with the right conditions, you could probably find winter chanterelles fairly easily.

I’m new at mushroom identification, but winter chanterelles are what’s referred to as a “beginner mushroom”. There’s really nothing poisonous that looks like them if you know the identifying features. Those features allow you to harvest with relative confidence. 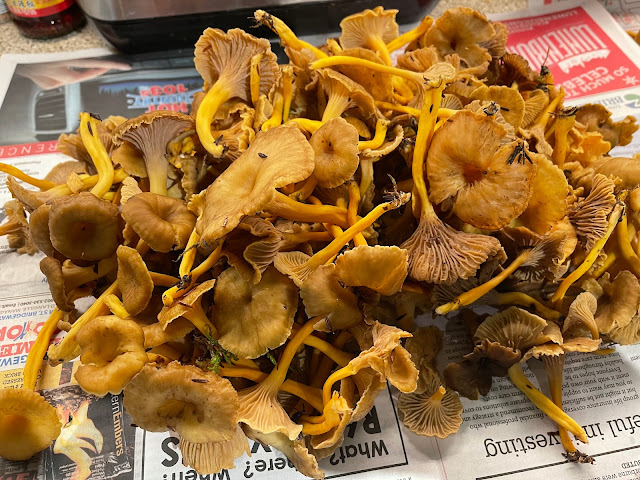 Winter chanterelles (Craterellus tubaeformis) are an edible mushroom that are quite common in the woods of Nova Scotia. In fact, they have a very wide distribution including all of the temperate/cold regions North America and Europe plus a few other areas around the globe. 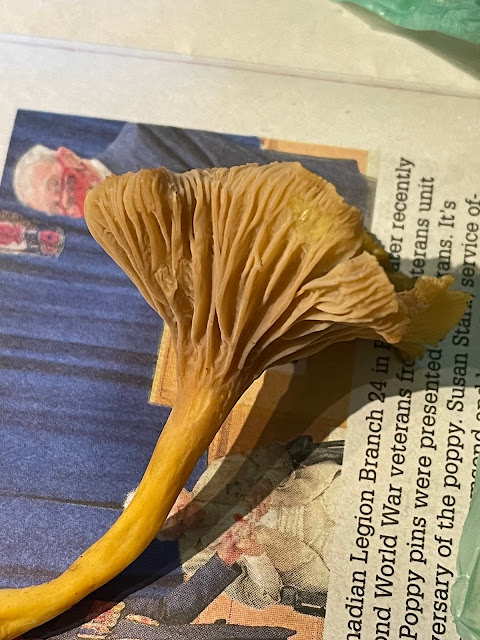 Locally, their preferred habitat is moist moss underneath spruce, pine or hemlock trees. From the top they have sort of a “fall deal leaf yellow/brown” colour, which makes spotting them tricky until you zero in on your first one. Then – like magic – you seem to see them everywhere. Once your eyes zero in on them they’re actually difficult not to see.

They have four significant identifying features:

1. a yellow stalk (another name for them is yellowfoot chanterelle)

2. branching ridges/veins under the cap as opposed to sharp gills

4. a slightly frilled funnel shape (depending on the age of the mushroom) 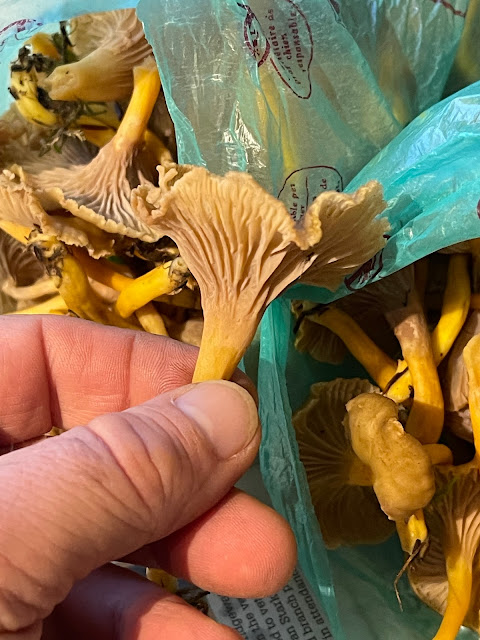 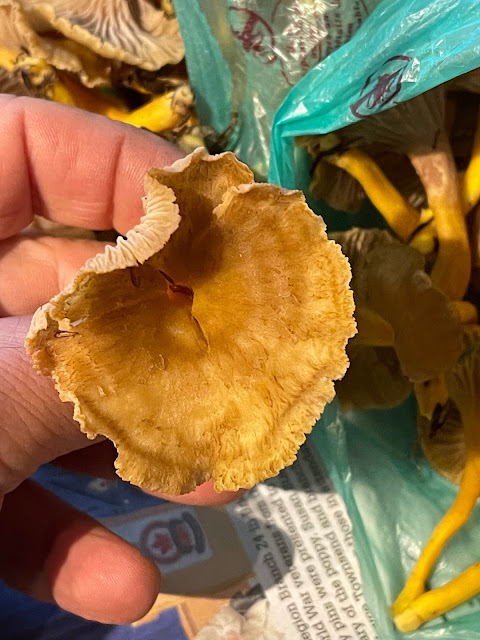 Even though in the same family of their more desired cousin the golden chanterelle (Cantharellus cibarius) to my taste I prefer these. We first stumbled across these in October, a while after their season (fall through winter) had begun. Since then we’ve dropped them in a few dishes with wonderful results.

Winter Chanterelles have a sort of peppery, mild taste – fortunate since they’re so common. They’re so common it’s hard not to want to dry some, and once dry the smell can only be described as very “mushroomy”, like the classic mushroom smell of cream of mushroom soup. We air dried several pounds, the result being only a few hundred grams. They dry very well due in part to their hollow stem. Unfortunately this hollow stem also allows for hemlock needles to fall down the funnel shaped top. So careful cleaning is called for before using fresh or drying.

Mushrooms are invariably better and cost more when fresh, but even dried they are a valuable resource - both in the culinary and monetary senses. We had a bit of a drying factory going in our sunporch with these. We dried an amount in value (if purchased dried) of close to Canadian $200. So a good thing to have in your pantry for free. Rehydrate those suckers and you’re off to the races. They are great with meats, in soups or with pasta dishes. 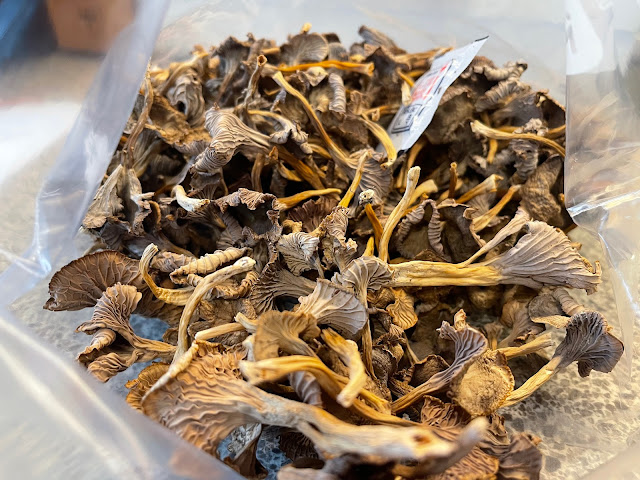 Here’s a tip about using fresh wild mushrooms in general, once you have identified their edibility 100%. Wild mushrooms are full of water, unlike most mushrooms you purchase in a store. So you have to do what is called “dry sautéing” before use. Essentially you put them in a dry pan and sauté until the liquid in them comes out and evaporates. Only then should you add any fat and brown them. The taste improves greatly (for fresh) if treated this way.

It’s nice to be sitting at my kitchen table watching the snow come down and knowing that in the pantry is a wonderful addition to meals that will last me through winter and quite probably spring and part of summer. I may even venture selling some fresh or dried next season. I’m certain I’ll have some takers.

©2021 Docaitta Lifestyle. Feel free to disseminate on any and all of your social media orifices. The more the merrier. :-)