Variety is the very spice of life, that gives it all its flavour. – William Cowper 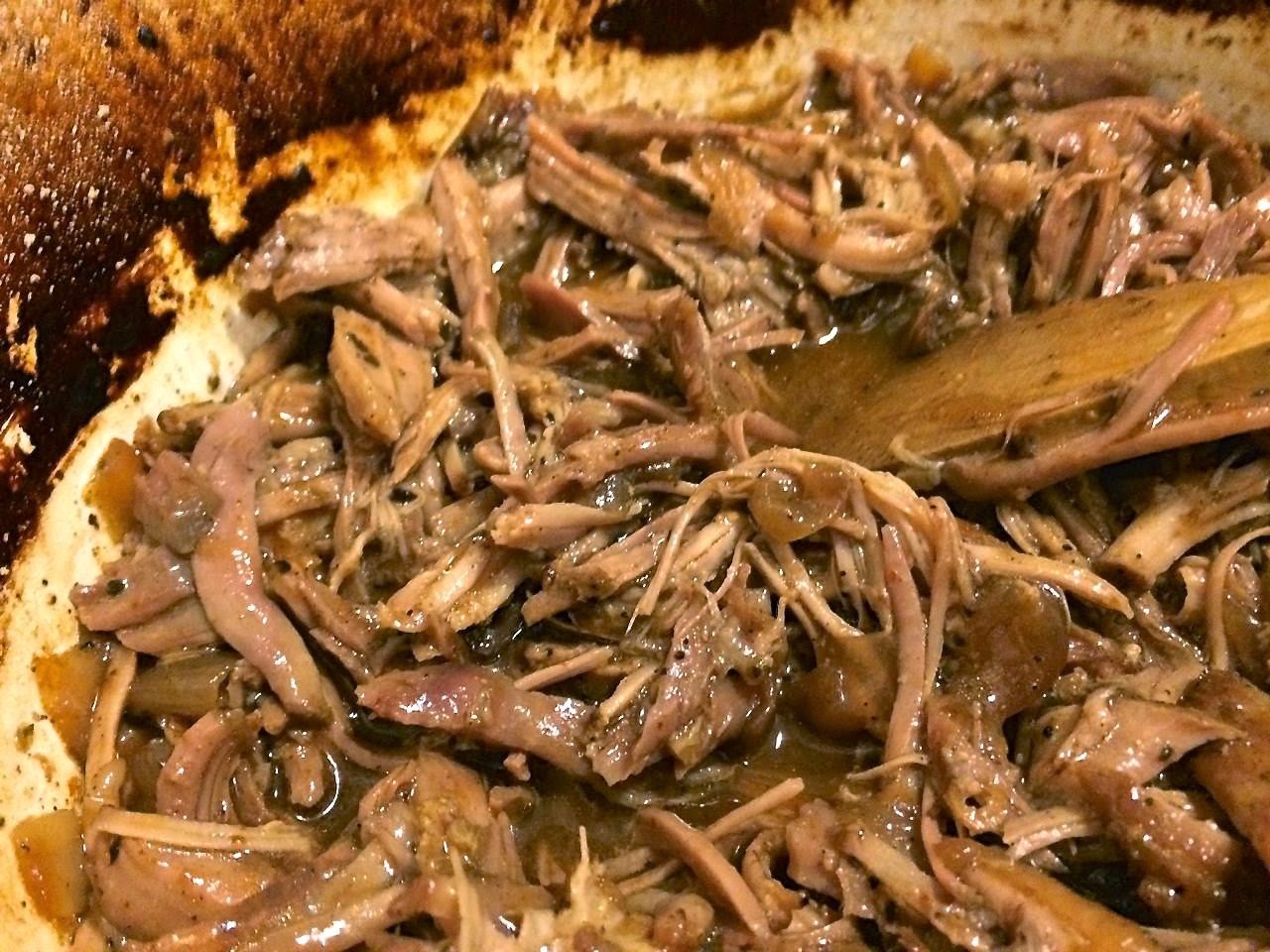 Summer is almost upon us, starting here in Nova Scotia 9:02am on Saturday. So let the outdoor feasting begin!

You may not think of pulled pork right away as a barbecue staple, but it most certainly should be  backyard staple for you this season. It’s unbelievably useful, and doesn’t have to be done on the barbecue, so can be made any time of the year.

Most think of pulled pork as barbecue flavoured, sometimes made with the introduction of barbecue sauce after it is cooked, but it doesn’t have to be that way. A basic recipe, without barbecue sauce, gives you the tender strands you want, without a specific flavour. So you can add different spices to it later as you want.

Here’s some uses for pulled pork you may not think of: in quesadillas or enchiladas, mixed with macaroni and cheese, in Cajun rice and beans, on pizza, in Asian stir fries and even with salads. You can see by the list that BBQ sauce wouldn't always be desirable.

Most important for success is the cut of meat you use. One of the best is pork shoulder (called pork butt in the USA). It has lots of in-muscle fat and connective tissues that render down during the slow cooking process. This is what makes the meat so tender. You cannot make pulled pork with a lean cut. You just can’t.

Another, sometimes overlooked factor, is the introduction of acid into the braising liquid. It helps tenderize. I used pineapple juice, but any acidic juice could be used. You could even use beer. The FDA gives pineapples an acid pH ranking of approximately 3.35 to 4.1, so any liquid that’s somewhat acid will do the trick.

I added smokey barbecue sauce, cumin and more oregano to my pulled pork after it was cooked. Delicious!

And yes, I still have leftovers...

Remove the skin and majority of fat from the pork shoulder and discard.

Mix together the chilli, salt and pepper and rub the mixture into the surface of the meat. Heat the oil in a Dutch oven and sear the meat on all sides.

Add just enough pineapple juice to come half way up the side of the pork. Sprinkle with oregano and nestle in the garlic and onion. Bring to a simmer, cover, and place in the oven for 2 hours.

After 2 hours, test the meat by trying to pull it apart with two forks. If there is resistance continue to cook for half hour intervals until it does. The meat will be falling off the bone. My 2Kg took 2 hours. Larger cuts will take longer.

After the pork is done, remove from the pot, let cool and pull into long strands with forks or your fingers.

Reduce the remaining liquid, garlic and onion in the pot by half on top of the stove. Add the shredded pork and let cook until nearly dry.


If you like this post, feel free to share it. All I ask for is credit and a link back to this page.
Posted by Docaitta at 8:25 AM