The Psychology of Piña Colada Pudding

Since I was 19, I've always gone where there was a reason to be. Maybe I'll be lucky and there'll be a reason to go somewhere tropical for a while. – Feist 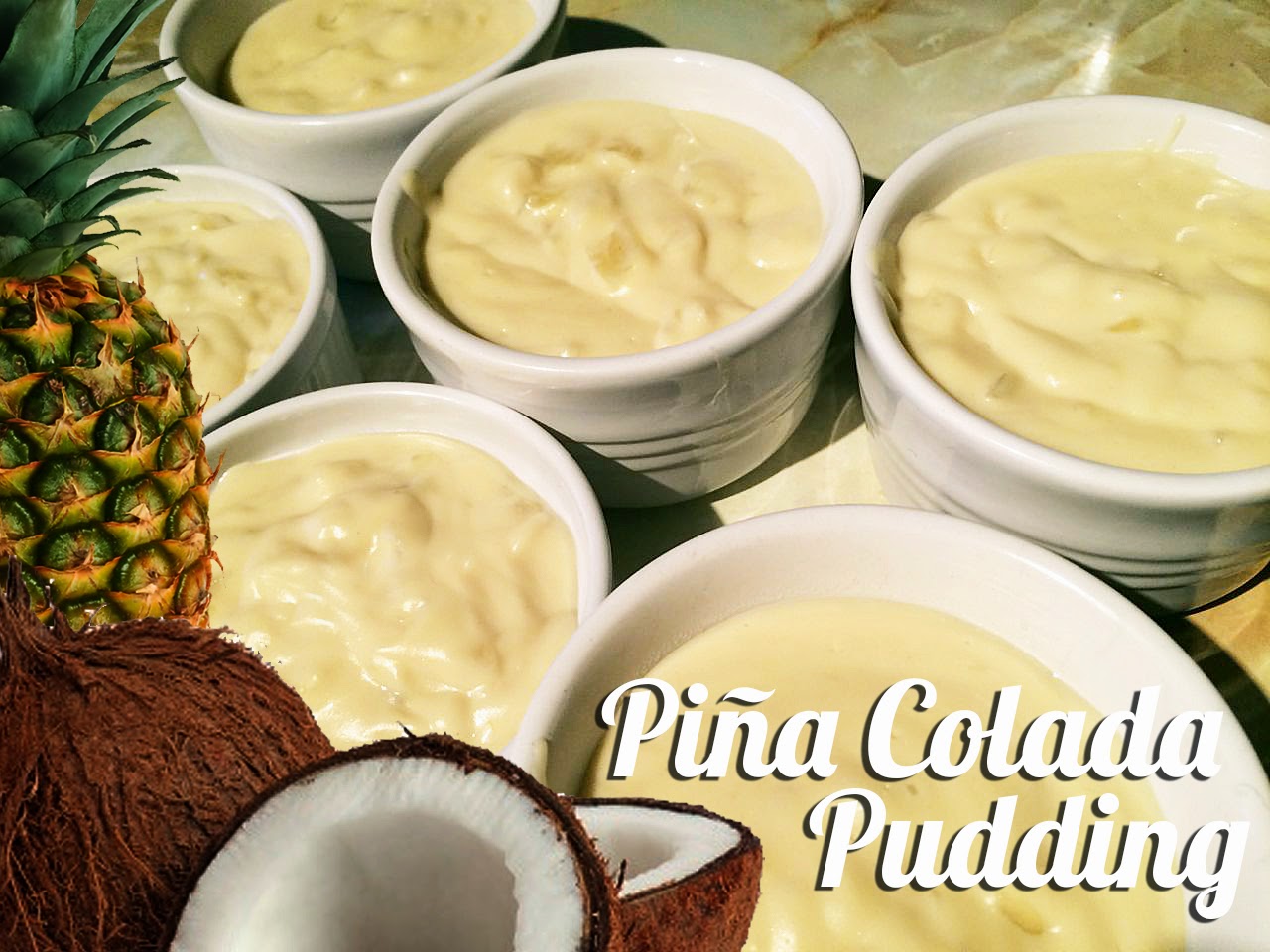 An interesting thought. I believe she means we should always choose the most sensical place for us to be and then go there. I suppose it also could laterally mean we find ourselves where we are because of our past choices.

That thought makes my head hurt a little. I have been dividing my time between city and country for several months. My erratic posting bears testament to that fact. It’s a bit difficult to cook and post when not in my own kitchen. Right now I need to be in two places, for vastly different reasons.

Desire: I love my clients and work, and it dictates I am in the city; my spouse is working in the city, as well. Duty: I love my mother, and she needs me at home in the country. She has done so very much for me. Now it’s time to "man up." I hate that term... but it's appropriate.

So I guess I am where I need to be. It’s just that it’s two places – neither of them tropical. It’s kind of like being a tightrope walker, with no safety net.

There’s a thousand tautologies to blame one's life on at any given time. Two of my gag-inducing favourites? “Life is what happens to you when you’re not paying attention,” and “life is what you make it.” It’s a shame that for most of us life is more a situation of just treading water.

So much has changed with regard to how I view the world since we lost Henry (our Bouvier) last October. It’s like I’m living an entirely different life now, and in many ways I am. Having gone through significant change several times, I find life resembles chapters in a book. I’m old enough now to look back and see it is not a continuum, and nothing is certain. You play a character in different story lines.

How I find myself in this current fiction is my own doing, except for Henry dying. That was a cruel joke. So what’s to be done? Who knows... soldier on, I guess, and go where I need to be. "Every day is a new beginning." (gag...)

At least I can partly accommodate the “tropical” part, by making pudding. I’ll deal with the piña coladas in drink form later in the season, on the back deck. It’s a bit too cold to contemplate that yet.

So coconut, pineapple and rum just might be the solution to all of life's woes. Luckily this pudding is easy to make. In fact, this is probably the easiest pudding I have ever made.

This would be really nice squirted inside a donut as filling, in tarts, or maybe even a pie. For tarts or a pie I would probably firm the texture up a bit by adding another tablespoon of flour. If it gets too thick you can always thin it with rum!

Pass me another pudding. And sorry for the armchair psychology. 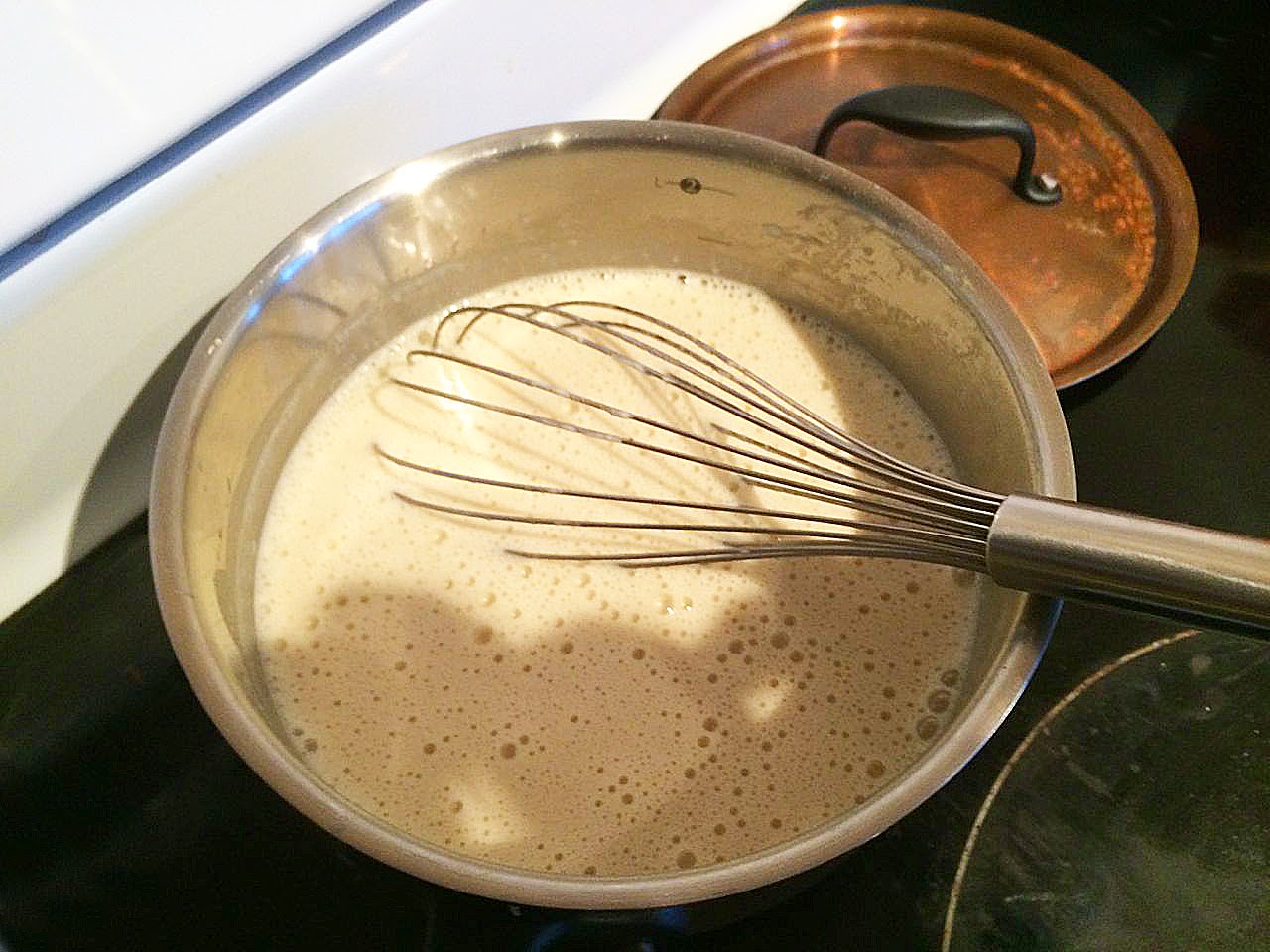 Combine the brown sugar and eggs in a medium-sized sauce pan and beat with a hand-held mixer until thickened and light in colour.

Beat in the flour first, then the cream, melted butter and salt. Then add the coconut milk.

Place the pot on the stove over medium high heat. Using a whisk, stir constantly until the mixture comes to a boil, taking care that it doesn't "catch" on the bottom of the pan.

Once the mixture is boiling, continue to cook for a further minute, whisking vigorously. Then add the drained pineapple and rum.

Remove from the heat and pour into six ramekins. Cover the ramekins with plastic wrap, taking care to press the plastic onto the surface. This helps prevent a skin from forming.

Chill the pudding for at least an hour. Serve with whipped cream, if desired.


If you like this post, feel free to share it. All I ask for is credit and a link back to this page.
Posted by Docaitta at 7:34 AM